Dye House Drum Works is pleased to welcome a new member to the team!

Euan Rodger has been teaching independently since relocating from London in 2011.
He studied with Dylan Howe of Ian Dury & The Blockheads/Wilko Johnson and Tim Earle (Berkley Alumni). 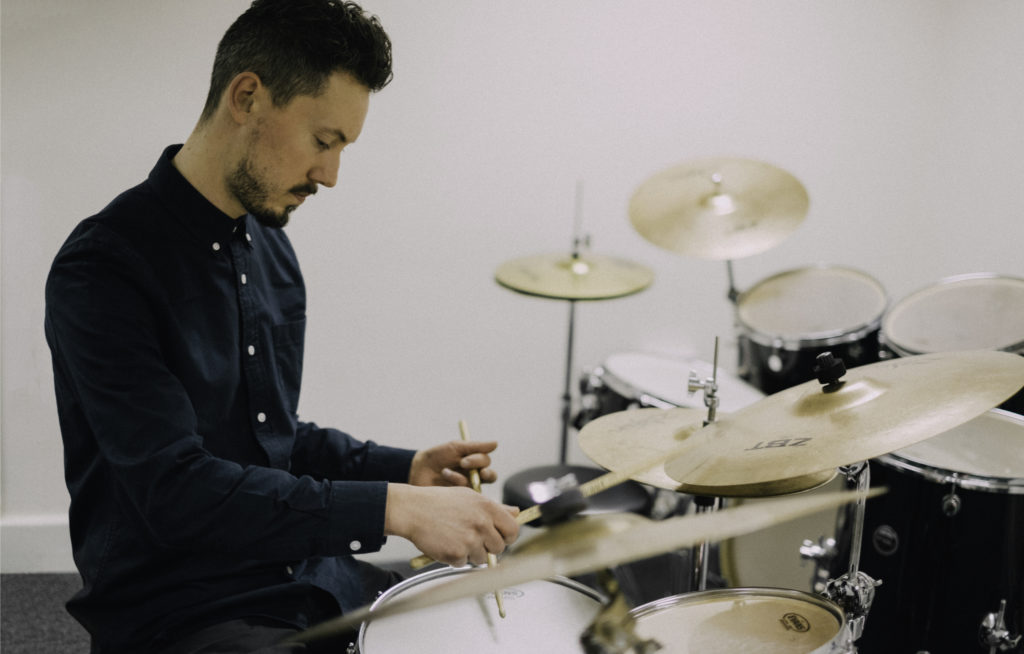 A busy session and touring musician, Euan plays regular live, studio and radio sessions (BBC2, BBC3, BBC 6 Music to name a few. He currently plays with Devon Sproule (US), John Southworth (CAN), Little Annie (US), Baby Dee (US) and Marker Starling (CAN), having previously played for B.J. Cole, Paul Curreri, and Sandro Perri. He also composes music for film and arts events, and has collaborated with Jamie Shovlin for Toronto Film Festival/Cornerhouse produced films Hiker Meat and Rough Cut.

“My approach to teaching combines both musicality and practicality. The musical concept encompasses listening, communication on the drum set and most importantly, the enjoyment of playing music. The practical concept deals with demystifying the instrument, how to play in modern gig environments and learning techniques at a pace that suit the pupil. There is something very rewarding about encouraging pupils to achieve something they might have considered ‘out of their comfort zone’. I’m honoured to help my students find their place within music and consider lessons a team effort. I feel that everyone has a right to make music a part of their lives.”

Testimonial: “Euan has been teaching my 15 year old son, for two years now and over this time I have seen Charlie’s confidence and passion for playing his drums grow and grow. As Euan is a professional and very accomplished drummer himself I believe this has influenced Charlie’s playing to the extent where he was thrilled to receive a Distinction in his Grade 2 Rockschool Exam for which Euan prepared him meticulously. Euan is a very patient, kind and understanding teacher which has suited Charlie perfectly and has certainly managed to get the very best out of him. I would not hesitate to recommend Euan to anyone of any age wanting to enjoy learning the drums.” JG

The exam boards Euan facilitates are Rockschool and Trinity, covering all grades.

For Weekend Drum Lessons in Leicester, drop us a line via the Contact page